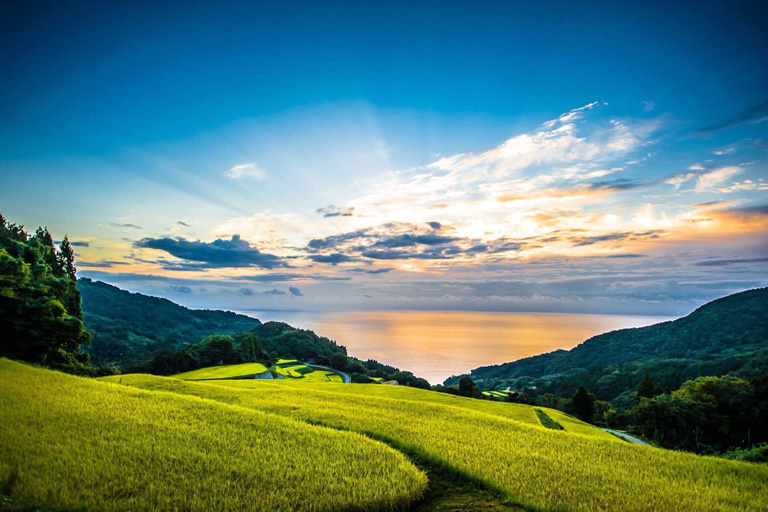 What is Great about SADO Island

Sado Island is also known as "Butterfly Island" because its shape is like a flapping butterfly. It is the largest island in the Sea of Japan, with a circumference of approximately 280 km. Surrounded by the sea, Sado’s climate is oceanic. So the rich ocean and the big mountains weave through all of the seasons, creating a microcosm of the Japanese archipelago.

Being separated by the sea from the main land of Japan has made the flow of time on Sado slower. Its long history and traditions remain, preserved by the people of Sado who have gratitude for the lifestyle that is blessed by rich nature. This “treasure island,” which once flourished under Japan’s most successful Gold Mines, is full of the charms of Japan, and continues to tell us its extraordinary story. 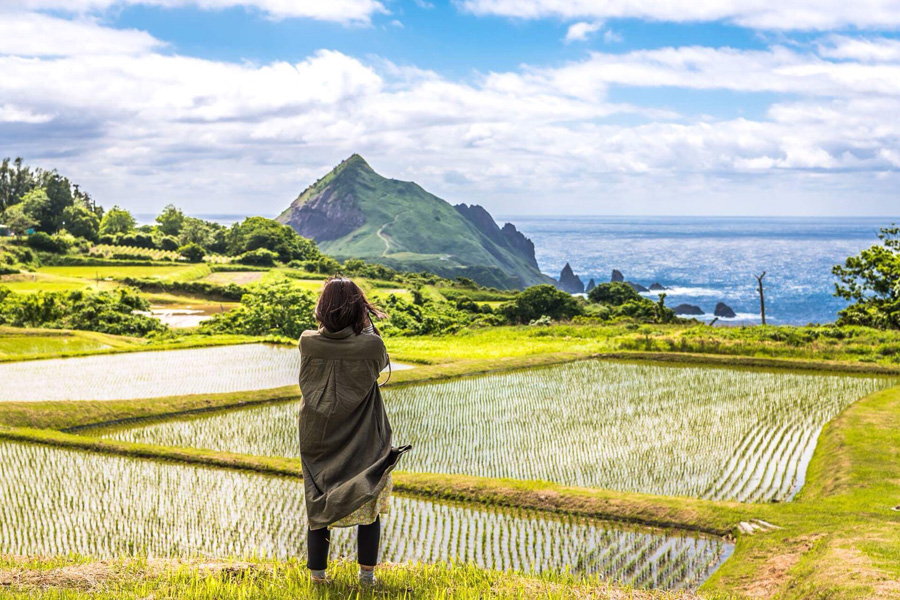 Sado Island emerged through crustal deformation about 3 million years ago and includes all kinds of Japanese coastal topography. That is why the landscape itself is like a theme park that attracts many people. Since the northern latitude line of 38 °, which is the plant boundary line of both cold and warm areas, passes through the center of the island, nearly 1,700 kinds of plants can grow abundantly here. A paradise for those who deeply enjoy nature, it also houses wild grasses that cannot be seen over an altitude of 2000 meters on the main land. Natural treasure “Toki,” the Japanese Crested Ibis, is protected and was successfully released to the wild because of this blessed location. Whichever activity you enjoy most, be it running, trekking, triathlons, diving or sea kayaking, this is the perfect place to do it. 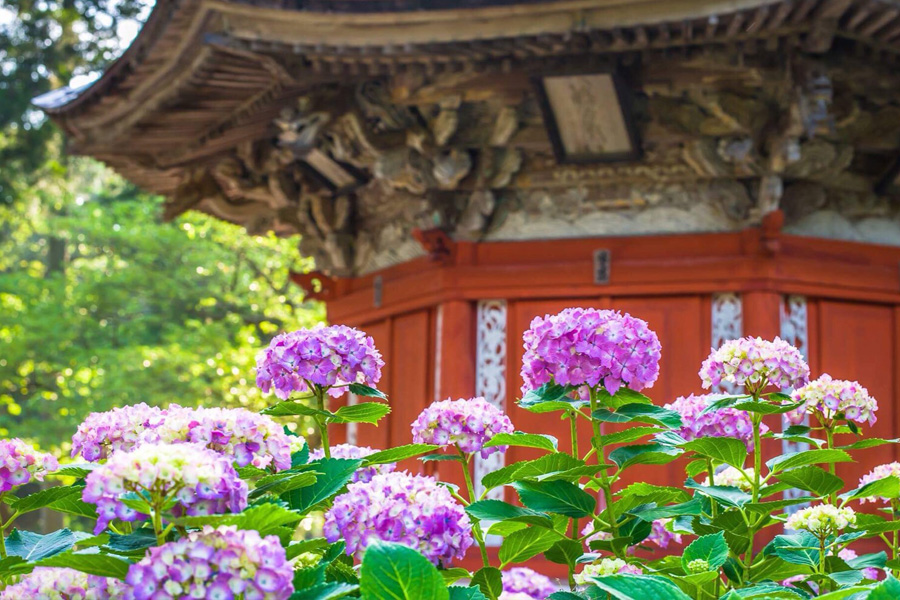 Japan’s oldest history documents, “Kojiki” and “Nihon Syoki,” report that people were already living on this island 10,000 years ago. In the 7th century, immigration from the mainland began and Sado was recognized as a country by the Japanese government at that time. Thereafter, people involved in political conflicts in the city of Kyoto were exiled to Sado. Among those exiled are famous ones like Emperor Juntoku, who wrote poetry for “Hyakunin Issu,” a collection of the best 31-syllable Japanese poems, Saint Nichiren, who is the founder of Nichiren Buddhism, and Zeami who composed music for Noh Theatre. These contemporary intellectuals and people of culture left their footprints here, and their influences remain even now on this historical island.

It is also the charm of Sado that traditional culture remains strong. There are seasonal events throughout the island such as the elegant “Sado Okesa” a traditional Japanese folkdance, “Onidaiko” or “Ondeko,” a drumming dance with different styles depending on the regions, “Tsuburosashi,” a traditional Japanese dance with masks and clubs, and “Hanagasa Odori,” a dance using a shade with flower decorations on it. Some of these events are for observing, others you can actually participate in and experience for yourself.

Noh Theatre, in particular, is rare in that it was a part of the villagers’ daily life. In fact, the number of stages on Sado equal one-third of the total number of Noh stages that remain in Japan. Originally an aspect of samurai culture, Noh was brought to the island as a shrine event. It was eventually changed by the people into a form of entertainment, with dancing and singing, performed for an audience. June is a special month on Sado because Noh shows can be seen somewhere on the island every week. There is no reason not to take advantage of this rare opportunity!

Here’s a list of the top 30 sightseeing spots in Sado according to TripAdvisor.

» Top 30 sightseeing spots in Sado according to TripAdvisor - planetyze.com